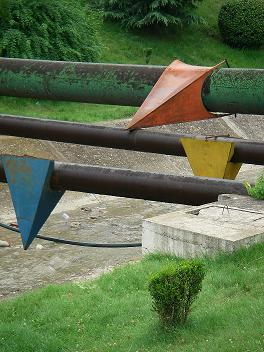 Backgrounder: Management of the cultural expressions in contemporary Albania

TIRANA. Almost 20 years after the first student called “We want Albania like the rest of Europe”, the strong, ancient history of artistic and cultural information of the Albanians continues to be a persistent dialogue alongside not yet developed policies, qualifications and education. The result of this combination is un-planned, sporadic cultural organizations and events. Arts and heritage boards have almost the same character; they depend on which political wind is stronger.

The management of cultural expressions in Albania is something of a “tabula rrasa”, and is mainly a vague economic understanding of cultural goods. There is rarely a measurement for success, other than an opinion or statistic claiming to be better/worse than the activity before. There is little education.

During the last 20 years, infrastructure for creating and presenting cultural expressions has actually decreased.  The cinema has been reduced from 450 movie theatres in the late ’80s, to only a handful in 2009.  Recent cultural activities, especially contemporary, have taken place in un-used military zones, crumbling castles, the abandonned Hotel Dajti and so on. Infrastructure is critical for creative development, but state facilities are severely lacking in funding and maintenance, countless historical objects have been looted and the building of the Albanian League of Artists was turned into the new Ministry of Tourism, Culture, Youth and Sports. With its long title (listing its responsibilities and administrative duties), this institution has the monopoly as the busiest cultural manager in the country.

The only information not to find from this Ministry is the state’s Cultural Policies. There is only one page on the Cultural Strategy which states only what has to be achieved rather than how developments will unfold. Policies are for planning the budget, meaning the use of taxes collected according to the needs for developing and preserving cultural goods. Through policies, the statutes of artists are defined and arts management mechanisms that create the market(ing) encourage production of all creative expressions. Without policies – that is to say guidelines that need to be carefully evaluated on their impacts – there is no plan or incentives. What is here today, is not assured for tomorrow.

A policy in the simplest sense, is like having a road map with directions to get somewhere. It exists to address an issue that has been deemed important, with guidelines on what the outcome should include. Essentially, if policy does not exist, no defined problem or issue exists either – thus, no map, no guidelines and no particular outcome.

Earlier this year, this was proven in dramatic fashion when the Deputy Director of the National Art Gallery openly announced that he would curate an exhibition of his own art at the National Gallery, using public funds, for his political party’s election campaign. This was approved by the Director himself, and every authority right to the top of the government.

Can a state administrator with a specific job description also be a curator and artist at the same time within the same institution? If so, everyone who has these skills should become a state administrator to exercise them. One must ask what was the merit of this project being in the National Gallery. Artistic quality and subject matter of national importance? The “deputy director’s” position within the gallery? The “artist’s” position within the government? Definately the latter two. 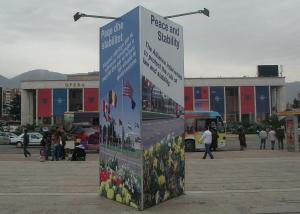 Qualifications and human resource management are essential to any project management and above all the main assets for any country’s future. Qualifications act as a proof of knowledge, at very least proof of the ability to acquire knowledge. Human resource management is the ability to put people where they will shine. A merit based system through open calls for applications is crucial. Un-earned honours, awards and job positions do nothing to improve the outcome, furthermore, with an under-skilled staff one can expect limited achievements at best. Add this to an un-specified policy, and you are left with very little.

This leads us to education – in schools, but also in other activities. All members in the cultural conversation must be reached out to and heard. Research of Albania’s cultural values in the world and understanding Albania’s culture through intercultural dialogue are among many other European and world concepts that are heard only during some government level international conferences. All participants and citizens must be the drivers of dialogue as well as active participants in the design and realization of their presentation. This means alternative spaces to host the cultural conversation.

To start the conversation, a system of merits is often established through transparency of Open Calls, asking willing participants to present their ideas in a competition. These calls are an aspect of an open policy to support and quantify the work of artists. The process enables the most suitable artistic expression to be presented, and serves as a collection point to establish a database and network of working artists. This process invites all willing participants to the conversation, to present their point of view, while also helping administrators determine how many ‘willing participants’ exist.

Naturally, not all submissions will meet the criteria, however the fact that criteria has been set, indicates a policy to facilitate meeting some defined objectives. A call for submissions is an exhibition in itself and is a chance for any curator to examine numerous presentations of a subject, critically selecting the most appropriate creative work/worker. The same can be said for anyone in the creative realm – to critically select the most appropriate. These calls are rarely made in Albania.

“The Government has no monopoly of knowledge and ideas. To understand and tackle our challenges fully and vigorously, we need to draw on the expertise and resources of all our people.”

through the creation of cultural policies. This has generally been a positive step, but the successful development and management of cultural expressions requires that culture and creativity are everyone’s concern, not just the culture sector’s, and certainly not just the Minister’s.

Canada has just begun a national initiative to increase Canadians’ awareness, accessibility and participation with art and artists and engagement within the cultural sector. Meanwhile, President Obama’s Committee on the Arts and Humanities includes twenty-six private sector citizens who have an interest and commitment to arts and humanities, along with twelve government members whose agencies have cultural programs, such as the National Endowments for the Arts and the Humanities, the Institute of Museum and Library Services, the U. S. Department of Education, the Smithsonian Institution, the Library of Congress, the National Gallery of Art and the John F. Kennedy Center for the Performing Arts.

What about Europe? Recently, the Manifesto on the Status of the Artist (a collaboration of the International Federation of Actors and International Federation of Musicians), highlights five key points to improve in European policies including job stability, social security, pensions and copyrights. Europe is also in year three of a six year, 400 million euro cultural programme including policy measures expressed by cultural organizations regarding cross border dialogue and trans-national mobilty of artists, artworks and products.

This work by Ekphrasis Studio is licensed under a Creative Commons Attribution-NonCommercial-ShareAlike 3.0 Unported License.
Based on a work at www.ekphrasisstudio.com.