Social Cohesion along the Durres-Kukes Highway – Connecting to or THROUGH

Social Cohesion along the Durres-Kukes Highway – Connecting to or THROUGH

TIRANA. Along Albania’s newest motorway, it now takes 1:40 minutes to drive from Durres to Kukes.  This is perfect for quick travel, trade, emergencies and is an amazing feat of engineering.  But what if I want to take it slower?  What if I want to learn about and celebrate this ‘newest’ part of Albania?  Is there any place – or reason to stop and visit?  Why was the celebration on June 25th only for the Democratic Party?  And was it just me, or was the crowd all men and mainly female singers on stage?! Interesting way of involving women in politics!

This article is based on a concept known as community cohesion, combined with the ever popular theme of tourism.  Cohesion in this sense refers to social interaction, the bond and togetherness a community has towards other members, including a common belonging and sense of cultural similarity.  A sense of cooperation to tell the collective story.  Tourism on the other hand is now one of the hottest words in the Albanian language, but it is still not well defined.  I will bluntly define tourism as “drawing in money from outside the community to improve the quality of life within the community, in exchange for worthwhile experiences and goods”.

Is there any incentive for us to visit these places along the new highway, or any worthwhile experiences awaiting?  Are there any attractions?  Reasons to live and work within that region?  Or is it just a motorway connecting point A with point B for a better Albanian economy? It sounds very easy to compete with the European market just by building a road. What about the Albanian market, what does it offer?

In rural settings – no matter how big the road going past is – you will get very few accidental visitors, therefore they must be drawn there for some reason, be it a market, museum, gallery, festival, park, or even just for a great snack!  In order to sustain these communities on more than just a possible gas station, we must also use the road to bring people to these places and not just bypass them.  We cannot simply expect the villagers to come Tirana, or Kukes bearing the fruits of their labour.

When a road does not connect the communities along its reach, it leads to decreased cohesion, resulting in lower property values and decreased housing quality over time, essentially a lower quality of life to the local inhabitants – and quality of life must always be at the forefront of any community.  Thus, a road that does not effectively connect people in a reciprocal way, can actually serve as little more than an exit or escape for villagers to move to the cities or hubs. 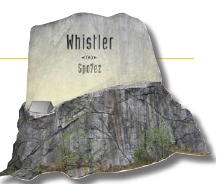 mote interest, community involvement with project managers and government officials led to the creation of grand gateway signs on the new Sea to Sky Highway in Western Canada, consisting of 2.5 meter high, illuminated faux-rock boulders at the North and South entrances of community regions, with both the official English town name and the Salish First Nations name in recognition, thus promotion of their history in the region.  This has given a reason for travelers to take notice and perhaps stop in a particular community, which gives the community an opportunity to tell their story, create a job, and help keep a local working in the region.

While it’s too late now for additional ‘inaugurations’, it is never too late to celebrate the road.  Supposing there were events along the length of the road for the entire summer, it could invite all Albanians to see a ‘new’ part of the country, immediately bringing additional money to the communities along the road, who are now introducing their story.  This also would serve to establish ‘memorable’ spots for travelers, as places where major, minor, family, cultural, educational, etc., events have taken place.  This in turn leads to traditional stopping places (for ice cream, coffee, museum, park) – economic growth, exchange of ideas, tourism, and finally, increased quality of life.

As a way to tell the stories, bridges, tunnels, sections of road, rest-stops, view points, can be named after local and regional historical figures, ie. celebrating an ancient local road builder, a rancher, an administrator, veterans, a female hero, an herbal remedy, etc. to introduce and promote local history and customs.

How about the story of the former ‘Independent’ Republic of Mirdite, with its capital in Rreshen in 1921?  That Mirdite was the most distinctive region for the traditions of the Kanun.

Or the 900 year old church in Rubik, that was once called ‘the most beautiful in the world’?  The ancient Ulti tree planted atop the ‘Mountain of Saint’ by the Benedictines?  The travels of Edith Durham?  The 1927 Bridge of Zog?  The mining history (and future) of Reps?  The abundance of gold, nickel, copper and chrome in the region?

Not every traveler knows the local or regional history, and certainly not every traveler cares, however there are more than enough who do have an interest to know these things, and would be willing to pay to know more.  Vignettes (in photographs, but also literature) of the stories of the people living along the road, not just the ones who built it.  An annual bike race, or a classic car rally, with stops in the villages now accessible thanks to the road could be an idea.  Or a new National Park?  These are just a few of countless creative ways to bring people of all demographics not just onto the road, but also to get OFF of the road, and into these newly accessible places.