In support of arts and culture, please check out our products like vases, t-shirts, tote bags, etc. for this fundraising. If you are interested in any of the products, please do not hesitate to contact us: contact@ekphrasisstudio.com 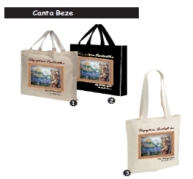 More about the artwork:

Ibrahim Kodra was a friend of Picasso, who once wrote to him: “My Dear Albanian artist friend,…even your signature is like an artwork“, among many of his artworks like paintings, sculptures, songs and poems,  painted “Shqipëria Fantastike”  a quintessential representation of Albanian landscape, culture and history.

Albania Fantastica (also known as Shqiperia Fantastike or Fantastic Albania is a painting by the Albanian artist Ibrahim Kodra. The style of the artwork is Cubist while the technique is oil on canvas and mixed media, painted in 1997, measuring 100x150cm.

It is interesting to note that Kodra completed this painting in 1997, during a time when Albania was going through major domestic difficulties. Leading up to the 1997 rebellion in Albania, Albanians had lost nearly $1.2 billion in failed pyramid schemes and by January had taken their protest to the streets. By March 2 of that year, a state of emergency was declared, and by April some 7000 Italian led UN troops entered the country to restore law. By August, when international forces withdrew, an estimated 3700 Albanians had been killed, thousands more had been wounded, and tens of thousands had fled the country.

Kodra had been living in Milan since 1938 and these events deeply affected him and naturally inspired him to pay homage to what was happening.

The painting displays many elements of Albanian cultural life, including a mountainous Mediterranean backdrop with villages nestled on the coastal slope. It also subtly highlights Albania’s mixed religious tolerance by showing what appear to be a mosque and a church. It also hints at other important architectural elements of Albania’s cultural heritage such as what can be seen as Kruja Castle and the temple at Apollonia.

As the Albanian coast faces west, the painting depicts a morning scene – a time when Albania is very active – and may be seen  as a symbol for a new beginning.

Prominent in the painting is the female playing the lute while crying. The lute is symbolic of music and joy, however in the  Albanian context (that is in reference to Gjergj Fishta‘s Highland Lute) it is also symbolic of freedom, and her tears are an  indication of the desire to be free in the face of a country that is being destroyed.

Also shown in the painting are sail boats, which are symbols of excitement, motion and movement. They are however vulnerable  to the elements, and may be blown off course. They can therefore refer to the feeling of helplessness or lack of control at the  time, and desire for change in general, as well as representing the exodus of Albanians in ’97 and earlier.

Fantastic Albania can be seen as both what has been, what is and what could be. It presents both the beauty and heritage of  Albania, juxtaposed seamlessly with a horrific period in Albanian history, but in such a way that initially the viewer sees just a  Mediterranean paradise.