Making Magic in 48 Hours! #48HFX
In 2016, Halifax joined the 48 Hour Film Project, an international film making competition, in which Toronto is the only other city in Canada competing among 130 cities world wide. In the last 2 years, Halifax film makers produced 12 short movies, and this year 8 teams have already signed up for the competition to make a short film of 7 minutes in only 48 hours on August 31- September 2, 2018. The competition is open to anyone, amateurs, professionals and the registration ends Aug. 31 at 7PM at

Kick Off event at Dooly’s. Volunteers are welcomed to join any of the teams and get involved in the film making weekend.
At 7:30, after announcing the 3 elements that have to be in the film, line of dialogue, prop and character, and teams have drawn the genres from a hat, the teams will race to make the Best of Halifax film in only 48 hours. It is a fun, sleepless weekend and full of adrenaline, and Monday is a Holiday!

The teams are of diverse background from Halifax and Dartmouth and for the first time a deaf team is competing locally and internationally. Many teams go through many challenges and finishing the film on time is most important as submitting it at Drop Off on Sunday at 7PM, Dooly’s, makes films eligible for many awards. 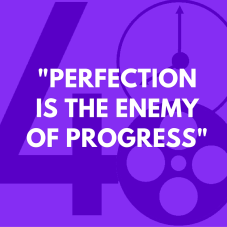 All films, including late ones, will screen  at Halifax Central Library, Paul O’Regan Hall, Sept. 27, 6:30PM at Premiere & Awards event. Tickets $10 here. The jury for this year is Shelley Fashan, Cory Bowles and Doug Karr. The Best of Halifax film will receive a prize of $1000 and screen at Filmapalooza 2019 in Orlando among all international cities competing for Cannes. The winner in 2016, team Gravy Train, film “Chowder” with Director Craig Gunn, screened at Filmapalooza in Seattle, while the winner of last year, Director Ryan Schimmel, team Goblin Den Productions, film “No Control”, competing again this year, screened in the beautiful city of Paris.
Will Best of Halifax make it to Cannes? Have fun and join the challenge and see you also at the Premiere. For more info http://www.48hourfilm.com/halifax
Producer/ Blerina Berberi & Project manager Kevin Tummers 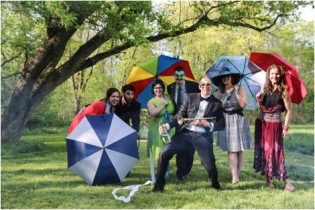